Dar-es-salaam, November 4th 2019: Azania Bank Limited (ABL) has today announced winners of the third and last edition of the campaign dubbed, ‘Amsha Ndoto’ whose aim was to enlighten and encourage customers and Tanzanians in general to adopt a saving culture in order to have a financially-stable future.

The campaign that ran for three months, started on 27th June 2019 and lasted until 27th September. It involved the bank’s existing and new customers with the main focus being on two core saving products, namely; Ziada Account and Watoto Account.

Announcing this month’s winners, the last as the campaign comes to an end, ABL’s Senior Manager, Retail Banking, Jackson Lohay, said that the bank was honoring its promise to award potential winners who participated in the promotional campaign in which they would receive personalized awards to assist them achieve their dreams. “In the last two draws, we got winners from various parts of the country, who were awarded TZS 16 million in total, the amount that we believe has added value in the lives of those lucky customers who emerged winners,” Lohay said.

Congratulating the winners, Lohay encouraged more customers to continue saving despite the campaign coming to an end, adding that, it is by doing so that they guarantee themselves and their families a bright financial future through their savings.

According to Lohay, ‘Ziada Akaunti’ is designed specifically for individuals as well as small businessmen and women. The account offers very affordable rates and the holder can deposit any time while able to withdraw after three months. He added that, ‘Watoto Akaunti’ is opened by parents to deposit money for the future use of their children.

According to Lohay, those eligible to participate in the campaign were the bank’s existing customers with savings not less than TZS 1,000,000. These customers were able to qualify for a draw whereby all those with the required deposits have enjoyed 6% interest rate on their savings during the campaign period and throughout the year. 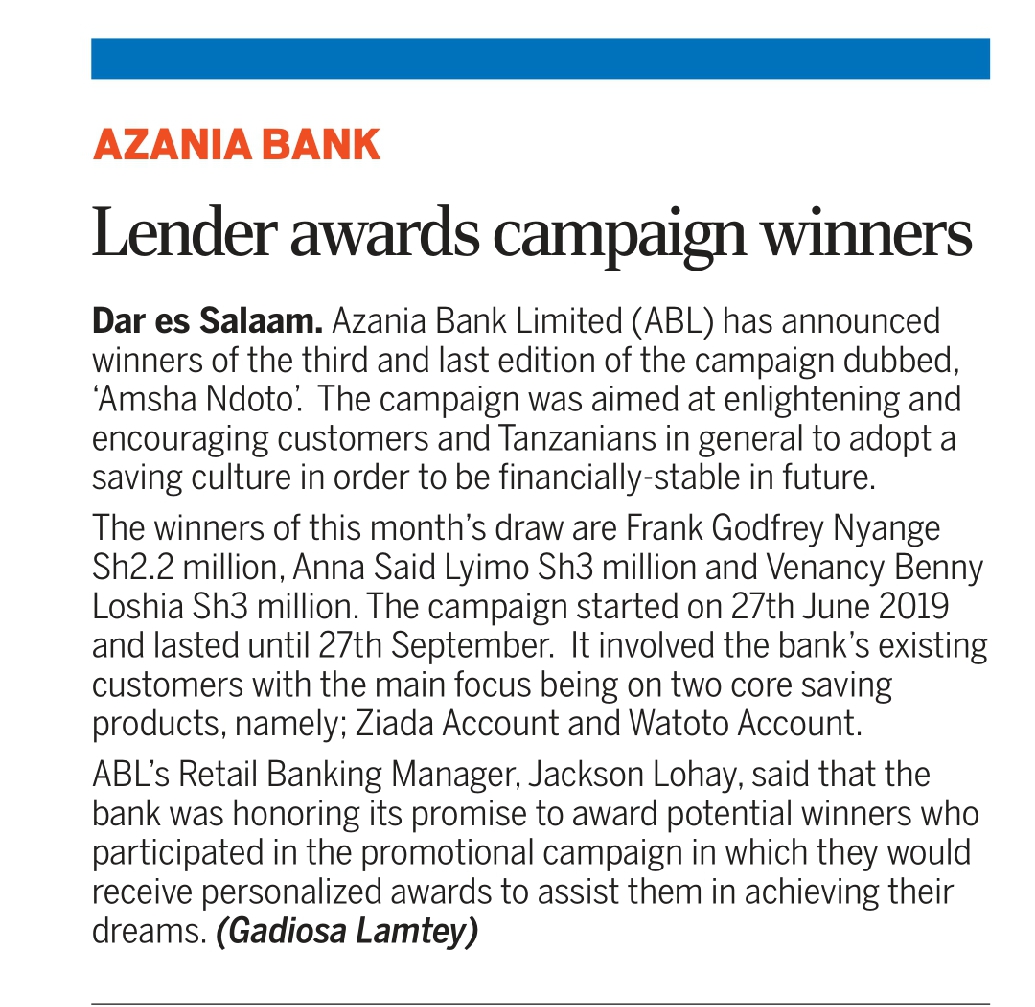 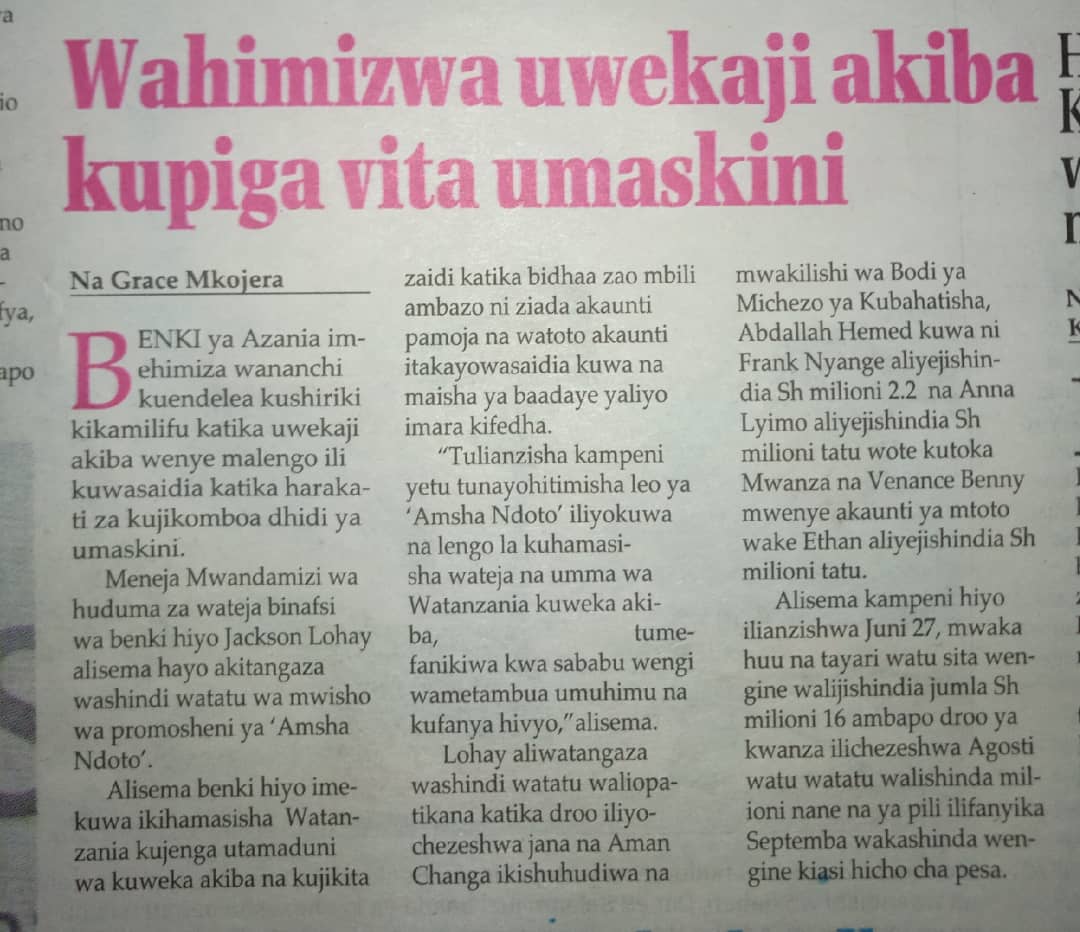 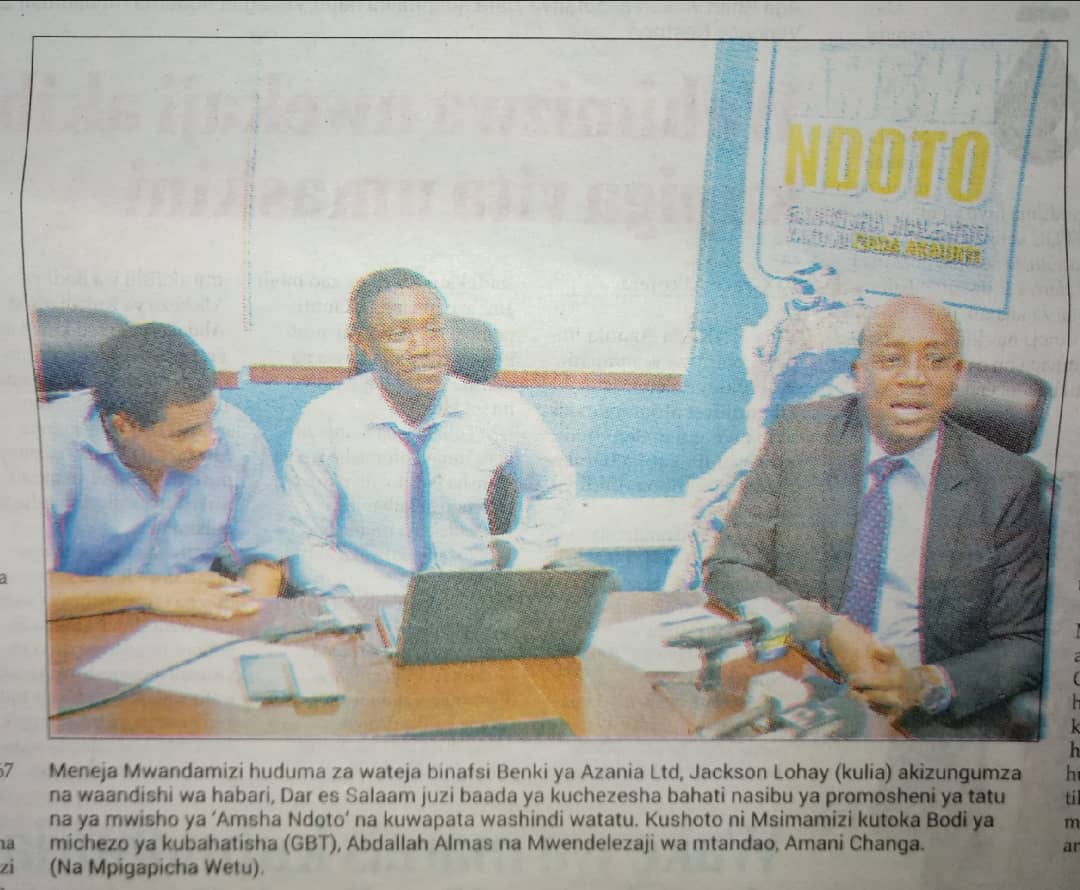 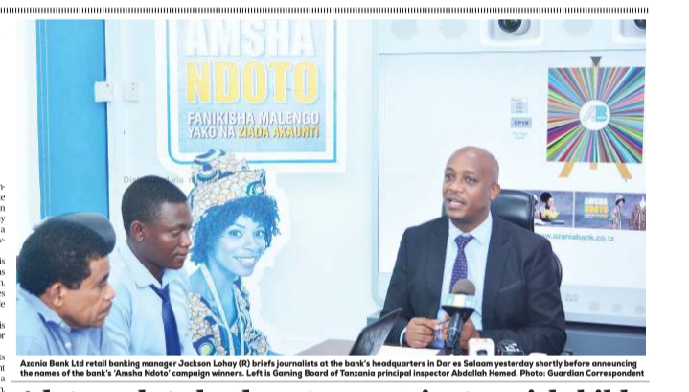 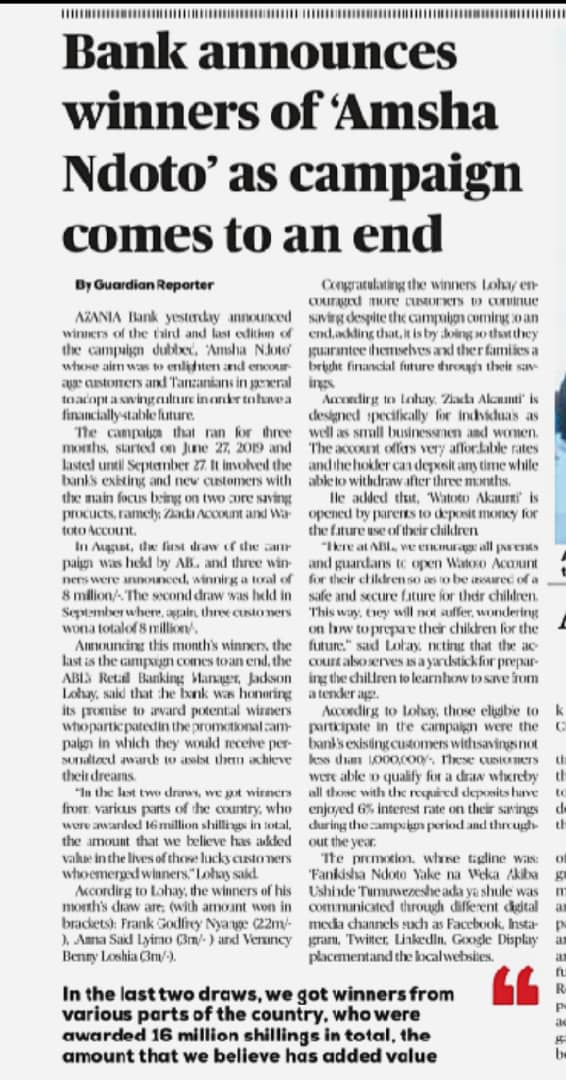 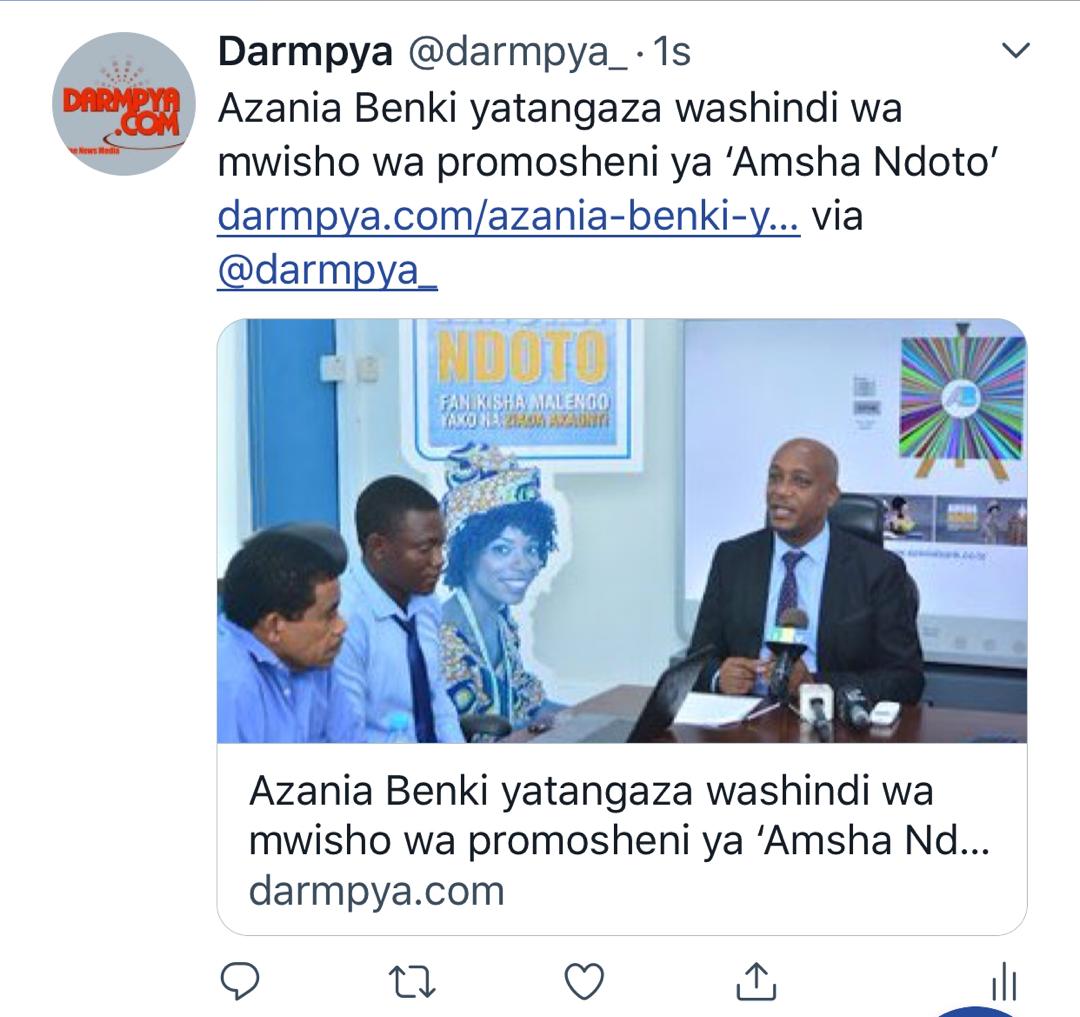